When you are carrying out a Configuration Manager upgrade did you ever wonder what "Run Prerequisite Check" actually means?

I did so I had a look. This is the list of prerequisite checks while upgrading from ConfigMgr CB 1511 to 1602. It's quite a comprehensive list.

System Center Configuration Manager Current Branch 1602 was released last Friday. The process to upgrade from 1511 is remarkably slick and practically seamless. A lot has been written about the upgrade process this week. There is a lot less written about some of the new features.

See here for a list of the new features. The main one, of course, is that there is now support for an in-place upgrade of the Operating System on site servers (from Windows Server 2008R2 to Windows Server 2012 R2). However there are so many other cool features.

I really like the iOS Activation Lock Bypass feature. It's simple yet powerful. You can read more about it in the TechNet Library

So, what is it all about?

Imagine the difficulty if a user leaves the company. You would not be able to reactivate the device without their Apple ID and password. Apple introduced the Activation Lock Bypass to overcome this problem and it's great to see this now supported in ConfigMgr.

What does this look like in ConfigMgr? It's so easy.

Open the Remote Device Actions on an iOS device. 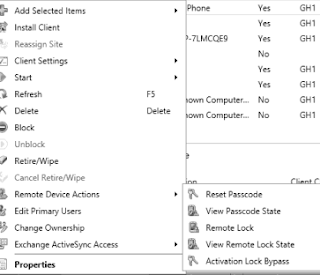 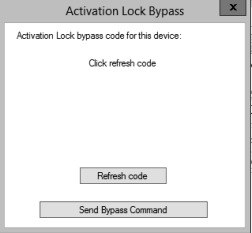 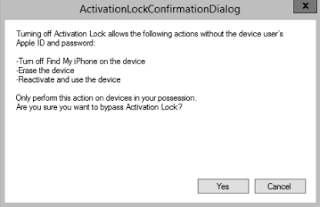 Read and accept the warning. 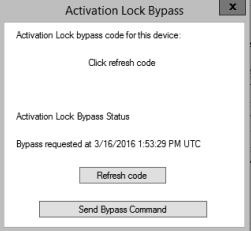 We can see the request in the Activation Lock Bypass dialog box.

Note that the Microsoft documents issue a stern warning when using this feature so please be careful.

"After you bypass the Activation Lock on a device, it will automatically apply a new Activation Lock if the Find My iPhone app is opened. Because of this, you should be in physical possession of the device before you follow this procedure".

Posted by Gerry Hampson at 14:24 No comments: 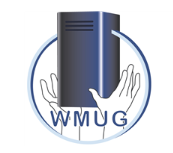 Would you like to attend a day of awesome sessions relating to System Centre Configuration Manager? My colleagues at WMUG have organised a day in London on 31st March (sponsored by Flexera Software).

Agenda is as follows: 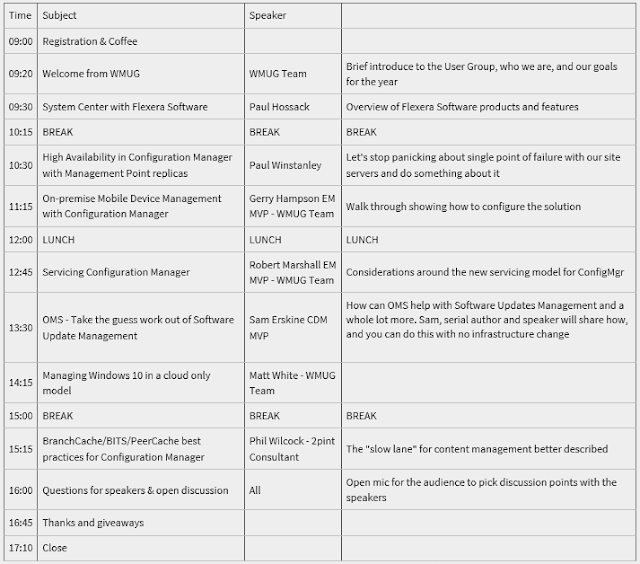 Look forward to seeing you on the day....

Posted by Gerry Hampson at 20:10 No comments: