The ability to deploy Win32 apps using the Intune Management Extension really improved the quality of Intune app deployment to Windows 10 devices. Microsoft have now taken this one step further with the release of Win32 app dependencies this week.

What are app dependencies?

App dependencies are applications that must be installed before your Win32 app can be installed.

How many dependencies can I have?

What kind of dependencies can I configure?

Do I have to assign dependent apps to users or devices?

How does it work?

Once the Win32 app has been uploaded to Intune you will see two new options - Dependencies and Dependency Viewer. 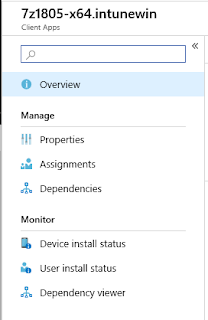 Select Add to add a dependency. 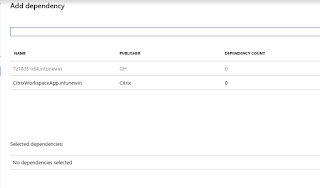 You are presented with a list of available Win32 apps. Select one to be a dependent app. 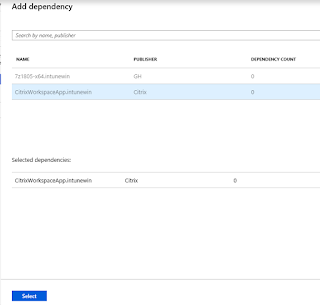 Choose if you want the dependency to automatically install (without being assigned). Choose Add to finish the process.

Now select the Dependency Viewer to see the active dependencies. I have a simple example here but this will be very useful to see all the dependencies and even sub-dependencies.

You can remove a dependency by clicking on the ellipses (three dots) at the end of the row in the dependency list.

What else should we know?

For me this is a very useful new feature and will help to ease the transition to modern management.